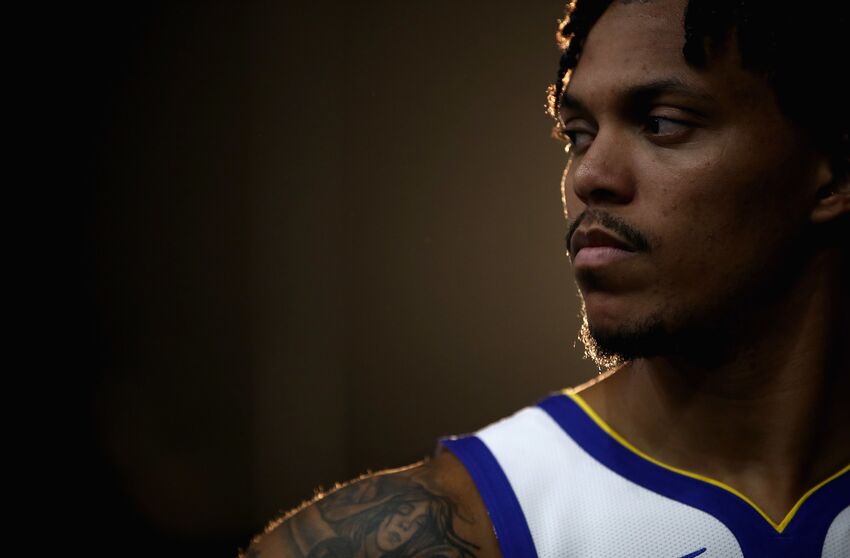 Former Louisville basketball star Damion Lee is still looking for a home. Could he return for another season with Golden State?

Former Louisville basketball guard Damion Lee looked like he was headed in the right direction this season when it came to securing a fully guaranteed deal from the NBA runner up, Golden State Warriors.

After finishing the 2017-18 season with a bang playing for the Atlanta Hawks, averaging double-digits across 15 games, Lee signed a two-way contract with the Warriors last summer. While that deal meant he wasn’t apart of the 15-man regular-season roster, it did mean that Lee would get an ample opportunity to prove he belonged on a Championship team.

The new NBA two-way contract is for developing players or players teams want to see a bit more of without guaranteeing their full contract. This deal allows for said players to spend time bouncing back and forth between the active roster (or inactive roster while practicing) and the teams NBA G-League Affiliate. The players are allowed to spend exactly 45 days total (not games, but days) with the team including games, practice, and travel.

For Lee, a two-way deal with the Warriors meant he’d get a chance to play more than you’d think with guys like Kevin Durant, Andre Iguodala, and Klay Thompson resting occasionally preparing for the playoffs, and that’s exactly what happened this past season.

Lee appeared in 32 games for the Warriors, averaging nearly 12 minutes and putting up totals of 5 points and 2 rebounds a night, while scoring in double digits on five occasions including 20 points against the New Orleans Pelicans on April 9th.

It looked like Lee was going to get the final active roster spot that the Warriors kept open for the majority of the season as the team headed into the playoffs before it was given to former Warrior, Andrew Bogut. That left Lee’s future with a bit of uncertainty as he tracked forward to free agency this summer.

Now with the Warriors roster retooled and at 14 players, without the ability to sign anymore due to salary cap restrictions, Lee is stuck between a rock and a hard place.

With nearly every team out of cap space and rosters beginning to fill ups finding a team willing to make a significant investment in Lee could be difficult. Which means the best result could be returning to the Warriors, something the team reportedly is interested in having happen.

Been getting a lot of questions about Damion Lee. Warriors offered him a two-way contract, but he has yet to accept as he waits to see if he can land a guaranteed spot somewhere. That last two-way contract is the final roster decision facing Golden State.

Reports indicate that the Warriors have already offered Damion Lee one of their two, two-way contracts, in attempt to have the two year pro return for a second season.

There’s been no other reports of teams interested in Lee, leaving this offer as the best possible option at this point. However, Lee will continue to wait and see how the market plays out and if any other teams emerge as suitors.

Next: Former Cardinals competing in the 2019 NBA Summer League

If nothing pans out, he’ll return to the Warriors once again looking to prove he’s worth of a guaranteed contract.