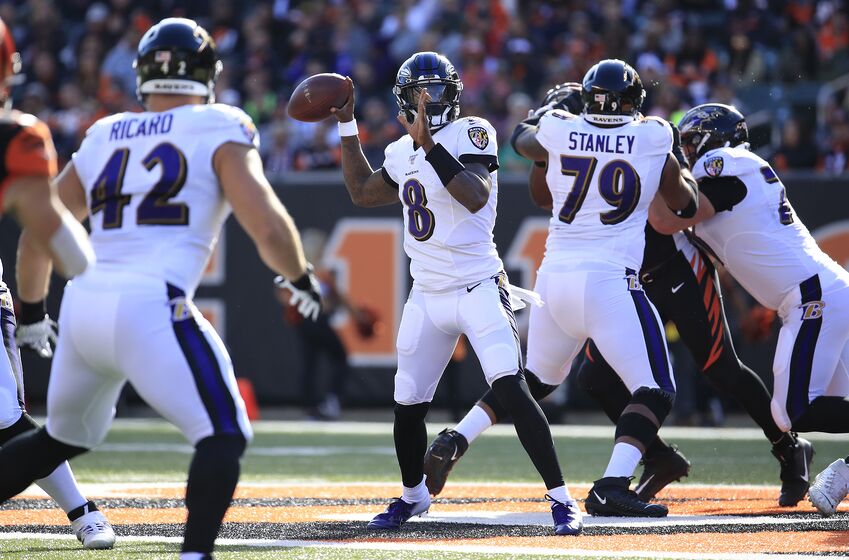 CINCINNATI, OHIO - NOVEMBER 10: Lamar Jackson #8 of the Baltimore Ravens passes the ball during the game against the Cincinnati Bengals at Paul Brown Stadium on November 10, 2019 in Cincinnati, Ohio. (Photo by Andy Lyons/Getty Images)

We are at the halfway point in the NFL season, and Lamar Jackson is still putting up ridiculous numbers and eye-popping plays. Why the second-year Ravens quarterback is the MVP favorite.

In 2016, when Louisville football’s Lamar Jackson spun into the endzone to finish off a 47-yard touchdown run capping off No. 2 Florida State’s most lopsided loss in school history, the now infamous play became known as his “Heisman moment.”

If hurdling another human being en route to a touchdown the week prior wasn’t enough, Jackson compiled ridiculous numbers en route to 18 total touchdowns in his first three games and a handful of “how the hell is that even possible” type of plays.

Though it didn’t happen in quite the same manner, it is safe to say at this point Jackson’s “MVP moment” may have come on Sunday against the Cincinnati Bengals.

Again, in his second year, Jackson capped off a blowout win with a ridiculous, mind-boggling touchdown run that made every player on the field look like they don’t belong in the same league as the NFL’s most elusive open-field runner.

While that is going to get some run on Sportscenter’s top ten plays, and it will live forever in infamy in Jackson’s career highlight package, his overall play guiding his team to a 7-2 record atop the AFC North standings has been absolutely sensational.

Let’s break down just how ridiculous Jackson’s season has been thus far, shall we?

Jackson has now started 16 games in his NFL career. In those 16 games, he has eclipsed 60 yards rushing on 13 occasions. No Ravens quarterback had ever run for 60 yards in a game prior to Jackson, who has more yards on the ground than backfield counterpart and two-time Pro Bowler Mark Ingram.

Through nine games in 2019, Jackson has tallied 702 rushing yards and is still well on his way to eclipsing Michael Vick’s single-season rushing record by a quarterback by a wide, wide margin.

To say Jackson is efficient is an understatement, and he does so in a timely manner. At this juncture, no defense in the league is unprepared for what Baltimore brings to the table. Still, Jackson has shown the ability and the elusiveness to run at the right times and escape would-be tacklers, preventing wear and tear on his body.

Perfect in the passing game

What makes Jackson an MVP favorite, however, is the duality of his passing and rushing attack.

Jackson takes whatever the opposing defense gives him. In the case of Sunday’s game at Cincinnati, the Ravens were able to attack the Bengals in the first half through the air when Cincinnati put Baltimore’s receivers in a lot of one-on-one situations early.

Jackson began the game a perfect 10-for-10 before his first incompletion en route to a nearly flawless game- some, perhaps those at the NFL league office and the Elias Sports Bureau, would call it perfect.

Six players in the history of the NFL have recorded a perfect passer rating more than once.

Five of them are NFL Hall of Famers; The other is Jackson.

That is not a misprint: 16 career games. 2 perfect passer ratings.

Most career NFL games with a perfect 158.3 passer rating and at least 15 completions:

Jackson and the Ravens are unafraid of whatever the opposition throws at them. Raven’s head coach John Harbaugh knows that regardless of time, down, or situation, Jackson is always one play away from breaking the game open.

Just how dominant has Jackson been? According to ESPN’s Total QBR metric- which measures how effective a quarterback is factoring in things like down and distance, rushing, clutch plays, and garbage time- Jackson has the No. 1 and No. 2 rated games in total QBR.

Last week, we broke down exactly how good Jackson has been in the total QBR numbers compared to the rest of the NFL’s more seasoned quarterbacks. 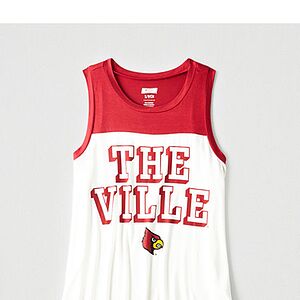 Still, it’s hard to quantify exactly what Jackson has brought to Baltimore as a team in all three phases. The easiest way to see the difference is in wins and losses.

In his 15 career regular-season starts, Jackson is 12-3, with two of his losses coming at Kansas City, and the other a mental lapse at home to Cleveland.

Since Jackson became a full-time starter, only New England boasts a better record than the Ravens and only Tom Brady has recorded more wins. Jackson has won more than Patrick Mahomes, Drew Brees, Dak Prescott, Russell Wilson, and a number of the league’s elite quarterbacks.

Jackson has won in spite of a rebuilding defense as well. In 2018, many argued that the Ravens relied far too heavily on their defensive prowess- and they certainly had a case.

However, we are past the halfway point in 2019 and the Ravens defense has been pedestrian compared to a year prior. The Ravens rank 15th in yards allowed and 16th in points allowed.

It’s been Jackson and the Baltimore offense who have led the Ravens to a 7-2 record while the Ravens’ defense has hung on for dear life through injuries and trades.

Next: Ranking the top 50 Louisville players of all-time

There’s certainly a long way to go in the 2019 NFL season, but as it stands right now, there can be no other option for NFL MVP aside from Lamar Jackson.

Look at us. Who would’ve thought?