MIAMI, FLORIDA - NOVEMBER 09: Dee Wiggins #8 of the Miami Hurricanes catches a touchdown pass against the Louisville Cardinals during the first half at Hard Rock Stadium on November 09, 2019 in Miami, Florida. (Photo by Michael Reaves/Getty Images)

Breaking down why exactly why Louisville football’s blowout loss to Miami was so one-sided.

Louisville football’s loss to Miami was a tough pill to swallow for Cards fans, but the Hurricanes took advantage of some glaring weaknesses on Saturday in Coral Gables, Florida.

Scott Satterfield’s squad has largely overachieved to this point in the season, but in Louisville’s four losses to Notre Dame, Florida State, Clemson, and Miami, there are a lot of commonalities.

Much like in Louisville’s first three losses, a quick look at the box score doesn’t tell the full story. So let’s break down exactly what went wrong for the Cardinals.

Despite looking at times like they were struggling to produce at the level we’ve seen this season, Louisville football’s offensive performance against Miami was fairly strong.

Much like we’ve seen throughout the season, Louisville was able to run the football fairly effectively from the running back spot, even against a stout Miami front.

The Cardinals’ Javian Hawkins finished with 91 yards rushing in a workmanlike performance, while Hassan Hall’s 58-yard scamper was a part of an impressive 79-yard day.

Louisville also accounted for 328 yards through the air, good for 18.2 yards per completion. Micale Cunningham and Evan Conley combined for a respectable 62 percent completion rate, and the Cards looked more than respectable offensively as a whole.

Even in a trouncing, the Cards outgained Miami by 47 total yards.

That’s where the fun stops.

There were a ton of things that went into Louisville taking one on the chin from Miami, but if one had to pinpoint the biggest factor, it would have to be costly turnovers.

For the most part, Louisville has been really good this season with taking care of the ball, especially through the air. However, in games where Louisville has lost, you can see a big spike in turnovers.

In Louisville’s four losses this season they have combined to allow 11 turnovers while in their five wins they’ve surrendered just four.

When the Cards have taken care of the ball this season they’ve won, it’s that simple. Against Miami, it was no different.

Both Conley and Cunningham were responsible for one interception- both of which were pretty bad throws and were forced by Miami’s relentless quarterback pressure. The third turnover came from Tutu Atwell (who fumbled twice on the day) on a muffed punt that killed momentum following a Louisville scoring drive and subsequent three and out on defense.

Louisville’s turnovers, combined with their unforced penalties, were their demise on Saturday and if they aren’t able to get it fixed we’ll probably see more of the same results. 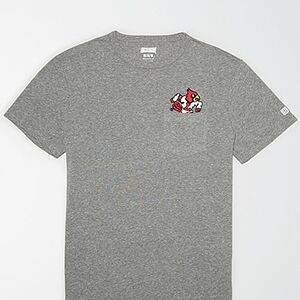 Fortunately, Louisville will go against two teams in the ACC who aren’t great with forcing turnovers. However, anyone can hang in with the Cards if they are careless with the ball, which is exactly what happened with Miami on Saturday.

After all was said and done, Louisville was flagged for nine more penalties than the Hurricanes, good for 121 total yards.

Average punt distance for the Cards

Entering the game, Louisville averaged 42 yards per punt on the season. Senior Mason King doesn’t release many boom towers, but he is as consistent as they come.

Against Miami, King’s timing was off and he didn’t get much help from special teams blocking. We mentioned that the Cards had three turnovers, but they also had one punt blocked, which gave the Hurricanes a short field that widened the margin.

Miami took over at the 30 off the blocked field goal, and also got the ball inside its own 10 after a poorly placed kick lead to long return and another easy touchdown.

Louisville’s turnovers were not only poorly timed and in bad areas of the field, but its special teams led to two easy scores as well.

When you add all of the little errors up, the bigger picture begins to unfold.

Louisville football’s offensive execution was fine against Miami, but it was not nearly enough to overcome a game filled with mental lapses and overall terrible discipline.

Next: 3 final thoughts from Miami loss

Going forward, these mistakes seem more than fixable, but if they aren’t turned around in a hurry, a once-promising season could potentially fall flat on its face.