LOUISVILLE, KY - NOVEMBER 17: Jae'Lyn Withers #3 of the Louisville Cardinals tries to hold off Deven Palmer #5 of the North Carolina Central Eagles during the first half at KFC YUM! Center on November 17, 2019 in Louisville, Kentucky. (Photo by Michael Hickey/Getty Images)

Louisville basketball looks to continue its winning ways at home against an overmatched USC Upstate squad in the Global Sports Shootout.

When Chris Mack took over as Louisville basketball’s head coach, he was assigned the tough task of rebuilding the culture of a program from scratch. While it certainly helped that the pieces were in place- a winning tradition, top facilities, solid leadership- most thought Mack’s rebuild would see a few bumps in the road along the way to success.

Now, 20 months and 38 games after his hiring, Louisville basketball has shot all the way up to No. 2 in both the AP and Coaches Polls. The rebuild has gone about as smoothly as anyone could have dreamt, with Mack’s only real slip-ups to this point coming against stiff competition with an undermanned squad late in the 2018-19 season.

The Cardinals have reloaded this year to the tune of seven new players and three new starters. Still, the Cards are rolling along, and they are taking each game seriously and using it as preparation for what they know will be a much more daunting schedule after some November warm-up games.

Louisville finds itself at 4-0, decimating the competition by an average of 24 points per game, but its toughest challenge thus far came against conference foe Miami in a season opener.

The Cardinals have found themselves playing to the score or playing down to the level of competition just a bit, which is what Mack and the Cardinals will hope to avoid when South Carolina Upstate makes its way to the KFC Yum! Center on Wednesday.

Louisville will have its share of teams they should blowout this season, but Upstate is among the worst. The North Carolina Central team that Louisville dismantled on Sunday? This team lost to them by 9 a week ago.

Cards fans will want to see if their team can come ready to prove they are worthy of their No. 2 national ranking by playing a complete game against the Spartans.

How to watch: ACC Network

Tickets: As low as $6 via stubhub.com

The Cards’ most pleasant surprise thus far may be their starting junior point guard Darius Perry. In Louisville’s first four games of the season, Perry has looked like the “everyday guy” that Chris Mack challenged him to be in the offseason.

There are several areas where you can point to Darius’ game and see remarkable improvement, but to me, there’s nothing that stands out more than his ability to control the offense with his passing.

Through four games, Perry is averaging 6.5 assists per game and leads the team with a 39.2 assist percentage. While there are still turnover issues (Perry averages two per game) overall, Perry has done a great job of playing with poise, control, all while providing scoring and defense as usual.

It’s obvious that Perry will have the advantage at his position in all phases of the game, as will most Louisville players, but in these games you want to see him continue to develop his basketball IQ, get players involved, and let the game flow to him rather than forcing action as we’ve seen in the past. 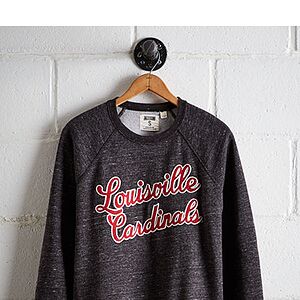 The start to the 2019-20 season hasn’t necessarily had a ton of bright spots for the Spartans of South Carolina Upstate starting 1-4 on the year. However, twice this season they’ve received big scoring outputs from sophomore guard Everette Hammond.

Hammond leads the team in scoring, averaging 11.6 points per game on 37 percent shooting from the field. In the only win of the young season NAIA opponent Truett-McConnell, Hammond led the way for the Spartans, pouring in 27 points in 25 points, while providing 15 points in a rather close game with Virginia Tech.

The sophomore guard has proven that he can score when given the opportunity, albeit not very efficiently. As mentioned, Hammond has shot just 37 percent on the season from the field while going a whopping 15.8 percent from three, hitting just three of 19 attempts.

Keeping guards out of the lane has been a constant challenge for Louisville thus far and on Wednesday night, Hammond will once again test that. If Darius Perry, Fresh Kimble, and Ryan McMahon are able to keep Hammond out deep, where he’s really struggled, this game could get ugly fast as the Spartans just don’t have a ton of scoring options outside of their star guard.

After a slow, and I mean very slow, start to the season the last two matchups against Indiana State and NC Central have allowed for Chris Mack to get freshman sensation Aidan Igiehon more playing time, which in turn has led to the Irish Hulk finally beginning to look comfortable.

In the season opener against Miami, Igiehon showed the rawness that Mack talked about all offseason picking up two early fouls and struggling to find the proper positioning in the post, which led to a couple of quick fouls and a trip back to the bench. Against Youngstown State he once again struggled, doing so against even lesser competition, ultimately only playing five minutes and scoring zero points.

Then Indiana State and NC Central happened, and finally, the Igiehon we all expected to see early in the season began to blossom. In his combined 24 minutes, Igiehon looked like a completely different player as he rebounded at a high level, blocked shots, defended well in the pick & roll, and even scored around the rim. The freshman went 2-4 in those games for a combined seven points, and 10 rebounds, which by no means is earth-shattering, but shows improvement is happening rapidly.

On Wednesday night Igiehon should see even more minutes as I expect this game to get out of hand rather quickly, and he’ll go up against a team that plays just two players that are 6’8 or taller. USC Upstate plays primarily three and four guard rotations with only one big man on the floor in either Nevin Zink or freshman Khydarius Smith.

Igiehon will get every opportunity to not only dominate on the glass but also give his team potentially his highest offensive output yet against USC Upstate on Wednesday night, to the joy of every Louisville fan in the building.

Get your Irish flags ready, folks.

Much like Igiehon, graduate transfer Fresh Kimble struggled to find his footing and role early on for Louisville but has seemed to get into the grove the last two games against Indiana State and NC Central.

Against a team that plays a lot of three and four-guard lineups, I’d expect to see a ton of Fresh Kimble on the floor and I expect to see him once again have a big scoring night for Louisville.

Everything about Kimble has changed over the last week. He’s played aggressively, he’s looked to score both inside and outside, and he’s also shown markable improvement defensively. While USC Upstate is a game where we really won’t learn much about the team, for a guy like Kimble who will play such an integral role down the stretch of the season you want to see him find confidence in himself and his role early on. This will be the perfect opportunity for him to do so.