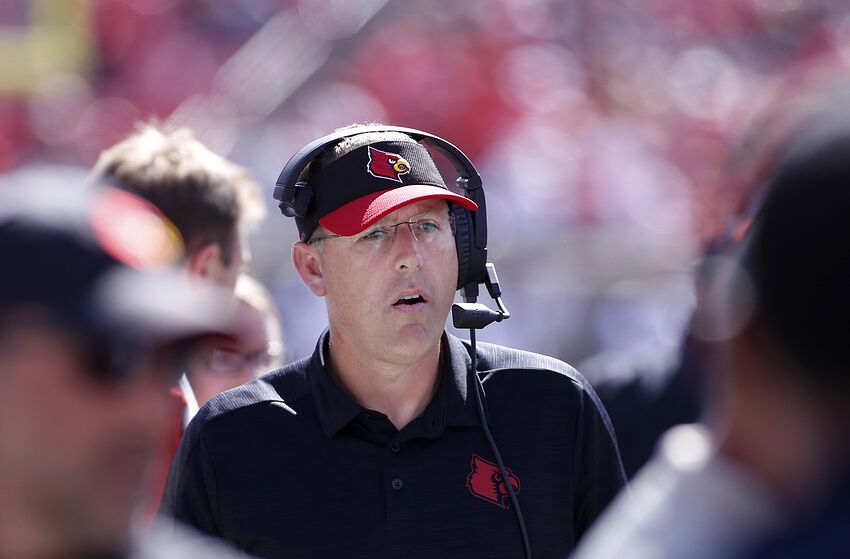 LOUISVILLE, KENTUCKY - OCTOBER 05: Head coach Scott Satterfield of the Louisville Cardinals on the sidelines in the game against the Boston College Eagles during the fourth quarter at Cardinal Stadium on October 05, 2019 in Louisville, Kentucky. (Photo by Justin Casterline/Getty Images)

The Early Signing Period is rapidly approaching and Louisville football’s top 2020 commit is picking up serious interest around the country. Is there reason to worry?

June 21st is when the recruiting cycle changed for Louisville football and the 2020 class. Before that date, Scott Satterfield and staff had a few commitments in hand (which was a big feat in and of itself) – including one at the quarterback position but had yet to land their “superstar of the class.”

Then it all changed.

The worry of another program stealing away a player with an incredible game, and an even better name, had Louisville fans sick. There was only one recruit everybody was talking about for months. Chubba Purdy.

Then it happened. Four-star dual-threat quarterback Purdy announced his commitment to the Louisville football program.

For nearly six months now Purdy has been locked into his commitment with the Cards and there’s been relatively no noise outside of his impressive senior season stats for Perry High School in Gilbert, AZ. Until now.

After receiving a visit from Scott Satterfield and spending quality time hanging and talking ‘ball on the couch it looked like Purdy was 100 percent locked into his commitment and was just awaiting the official Early Signing Period before being able to put pen-to-paper.

While that is expected to still be the case, there’s at least been a little speed bump in the road for Louisville.

Last night an article released by Jordan Hamm of sports30az.com reported that not only had Florida State recently offered Purdy, but they had also confirmed an official visit the weekend before the early signing period began.

Keep in mind up until the hiring of Mike Norvell last week, Chubba Purdy was not a quarterback on the Florida State radar. With Taggart as head coach, the Noles were set to sign QB Jeff Sims before he either decommitted or had his scholarship pulled, I would tend to lead towards the latter. Florida State needs a QB and they need one fast.

So where’s the connection? There’s really not one. As of now the staff who remain on FSU’s staff or have been hired since Norvell took over have had no common connection to Purdy. Obviously Willie Taggart had not recruited him, Memphis had not recruited him, and Auburn did not offer him. (New offensive coordinator Kenny Dillingham’s former employer) .

That’s where the connection comes in surprisingly, Kenny Dillingham. According to the article from Sports360az.com, the connection seemed to sprout from Dillingham’s time as a coordinator at Arizona State located in Tempe, AZ (just 30 minutes outside Tempe). The former Auburn OC and Mike Norvell both reached out to Purdy shortly after their hirings in an attempt to garner interest.

To me, that’s what makes this a far fetched idea. Yes, Florida State did have a lot of bad to mediocre quarterback play last season and by a review of their last two classes they haven’t signed a quarterback since 2017, instead opting to take multiple transfers – meaning there’s no “up and comer.”

Making a list ditch effort at Purdy due to a little familiarity makes sense because you can offer immediate playing time (Louisville doesn’t seem to be able to offer that now with Cunningham locked into the starting role) under a new coach with high-octane offensive capabilities. But Purdy has said he’s a man of his word and has plans to enroll and play for Louisville. Combine that with the nearly nine months the staff has been building relationships with him and his family during his recruitment.

I think it’s worth noting that Purdy is taking what could be his final visit to FSU, but I would tend to lean towards this is more likely a wanting to check if the grass may be a little greener elsewhere (when it comes to FSU’s ability to offer playing time) before ultimately realizing there’s not a better place to be than playing football for Scott Satterfield at Louisville.

His father talked with Cameron Robinson-Teague of the Courier-Journal, saying about his son’s visit to Florida State:

“He called the Louisville guys and told them. He just wanted to be forthcoming with everything.”

Rest easy Louisville fans, the future for Louisville football is still in tact under the leadership of Scott Satterfield – regardless of whether they ultimately reel in a signature from Chubba Purdy.

THANKFULLY, I believe they will. The staff is special, I don’t have to tell you that, and it’s clear guys like Chubba Purdy and others in the 2020 recruiting class see that and want to be apart of it.

Next: 5 important things to watch in December

Next week when the ESP begins, I completely expect Satterfield and the Cards to officially announce their potential quarterback of the future and the non-sensical noise created by a visit to Florida State will mean nothing. 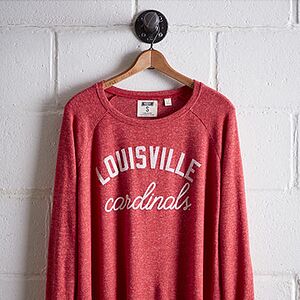